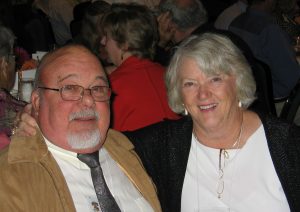 It is with great sadness that we report that another dahlia icon has passed.  Early the morning of 7/3/2020, Les Connell passed away.  Les has been growing, exhibiting and originating dahlias for many years. 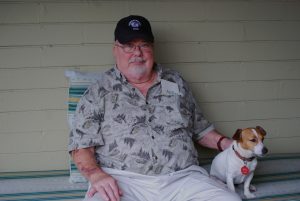 Les on a tour to New Zealand

Les is known worldwide for his many contributions to the dahlia world.  He has originated hundreds of new dahlias, since his first introduction, Koinonia in 1974.  He is well known as a dahlia grower in the United States as well as other countries, particularly England, Australia and New Zealand.  He has been instrumental in obtaining new originations from those countries as well as sending US originations to them.

In the current Classification Handbook (CHD), there are over 30 of his “Tahoma” originations and many more without any prefix. What is currently in the CHD is just a small number of the dahlias he has originated over his years of growing dahlias. Les currently has several new originations in the Trial Garden. 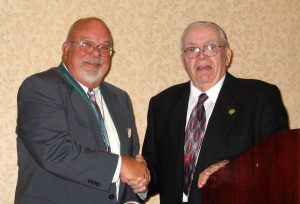 Les has been President of the Washington State Dahlia Society (WSDS) for many years and has been a member of other societies in the area as well.  Les’s presence will be missed in local societies, at shows, at Federation workshops/meetings, and within the ADS.  Although he had not been able to attend National Shows for several years, he attended national shows regularly for many years.

In April, the American Dahlia Society approved a medal in honor of Les.  The plan was to award it to him at the National Show.  After that was cancelled, WSDS was going to present it to him at a meeting held at his home.  It is a medal that will be awarded to a variety that has “stood the test of time”.  It is awarded to the origination that has received the most blue and higher awards in the five years since its introduction.

The dahlia world lost one of the great hybridizers, exhibitors, and leaders of the past half century with the passing on July 3 of Les Connell.  One of the founding members of the Federation of Northwest Dahlia Growers (and its president for 20 years), Les originated many of the top exhibition dahlias of the past several decades, and he was one of the instructors of the Senior Judging class for Federation for many years.  Two of his introductions, APRIL DAWN and MAGIC MOMENT come to mind at two of the most winning dahlias of all time.  Mark Alger, Jeanne Edwards’ father and another great leader of NCDS and ADS for many years, always pointed to MAGIC MOMENT as what he considered the dahlia with the most perfect form of any he knew.

Hannah and I had the pleasure of visiting Les’ garden and his home on several occasions.  In his prime, Les grew all his dahlias bushy (no restricting the number of laterals) yet still obtained blooms of full exhibition size.  Walking through his garden, I could not find a single plant that I suspected might be diseased.  For many years, Les was my first source for stock and recommendations of new cultivars from all over the world.  Les and his wives (June, who died around a quarter century ago, and then Vivian, his wonderful second wife) led several dahlia tours to Australia and New Zealand.  When Les and Vivian hosted guests, Emily Post would not have found any reason to complain about even a single detail.

At our April Board meeting, the Board of the American Dahlia Society approved a medal honoring Les Connell to be awarded to originators of exceptional dahlias that have stood the test of time.  The first medal was to be awarded to Les – unfortunately now too late to be awarded to him in person.  To my dear friend Les, Vivian, and the rest of his family and friends, thank you for all you gave to me and many others for so many years.  You, Les, left the world a more beautiful and better place than it was when you arrived.