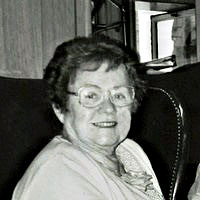 ADS has recently learned that a former ADS General Secretary, Rosemary Zatkovich passed in 2019. She started serving as Assistant Secretary in 1985 and, with great dedication, served as General Secretary until 1996. She was escorted to ADS meetings by her husband John. He was a well-known dahlia man who introduced many popular dahlias with names highlighted by the suffix “Z.”

At the time of Rosemary’s service to the ADS, the Executive Board met three to five times a year for business meetings. This was a time pre-dating teleconferencing.  Meetings were held all over North America to provide balance and to make the ADS truly a North American society. Rosemary and John traveled widely, thousands of miles a year, to participate. They also traveled to China, Russia, Africa and were part of the ADS’s 1988 trip to New Zealand to celebrate the 50th Anniversary of the NZ Dahlia Society. Fiji, Australia and Tahiti were other stops along the way. It seemed the Zatkovichs would go anywhere to enjoy the camaraderie of their dahlia friends.

As a young woman, Rosemary served her country working as a “Rosie the Riveter” in the Willow Run Bomber plant near Detroit. She was a true product of a Mid-West industrial upbringing. She was fine lady and a confident woman who could stand her ground when need be. Those who remember Rosemary cherish the fond memories we have of being with her.