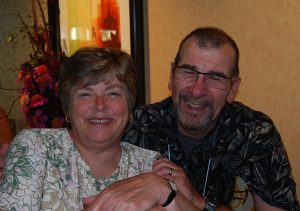 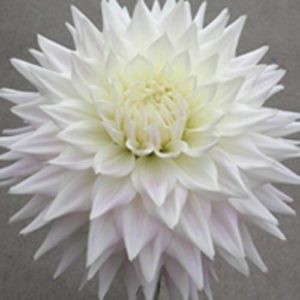 Danielle Parshall passed away the morning of July 15, 2020.  Having been ill for quite some time, she was residing in an in an Adult Family Home and, due to Covid-19, her husband Dick was only allowed to see her through a window.

Dick and Danielle were active in their home society, Snohomish County Dahlia Society (SCDS), the Federation of Northwest Dahlia Growers, and the American Dahlia Society.  Danielle, with her husband Dick, were always worker bees!   Danielle held the position of Corresponding Secretary and Treasurer for SCDS for several years.  They served as both Judging Evaluation Co-Chairs, and Chairs of Judging Instruction for the Federation.  For the ADS, they served on the Classification Committee for many years. 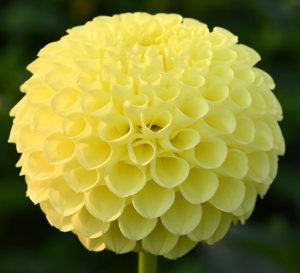 Over the years, they have originated many award-winning dahlias, including winning the Stanley Johnson Medal two years in a row for Clearview Daniel in 2018 and Clearview Edie in 2019.

Dick and Danielle were always partners.  They worked together well in anything they took on.  Dick served as President of the Federation for 8 years, leading the Federation through a successful 2014 National Show.  Danielle was always by his side, supporting him in any way possible.

Danielle will be greatly missed throughout the dahlia world.

Danielle’s obituary from the September 2020 Bulletin:

Danielle Cameron Parshall, of the Snohomish County Dahlia Society passed away peacefully on July 15, 2020 after a year-long battle with cancer. Danielle was born in Seattle and graduated from Wenatchee High School. She received her degree in English and Math at Western Washington University, and then obtained her Masters In Education. She met her husband, Richard (Dick) Parshall when they were both teaching at Lynnwood Junior High School in 1968. They were married a year later, starting their family and living in Bothell and Clearview. It was there that they also found a new passion together in growing, hybridizing and selling dahlias. Danielle ran their small business, Clearview Dahlias, until she fell ill with cancer in 2019.

Danielle was a lifelong teacher. For over 40 years, she carried that skill into her work educating others in the art of judging dahlias. She was greatly respected by her students and peers, touching thousands of lives during her work as a teacher. She loved growing dahlias with her husband, serving as Treasurer of the Snohomish County Dahlia Society for over 10 years and as a member of the classification committee for the American Dahlia Society for over 15 years. She made many close friends and traveled the country to visit dahlia shows. As part of their shared passion, Danielle and Dick hybridized over 60 new dahlia varieties with the “Clearview” prefix. Clearview Dahlias have won many prestigious awards both nationally and internationally and are recognized for their quality and beauty. Next spring her husband will introduce a new dahlia variety named “Clearview Danielle” in her honor.

Danielle is survived by her husband, Dick and children David and Daniel (Erin); and grandchildren Cameron, Audrey, sister Debby and nieces Nicole and Jennae. Danielle loved spending time with family and close friends, and will be greatly missed by all.