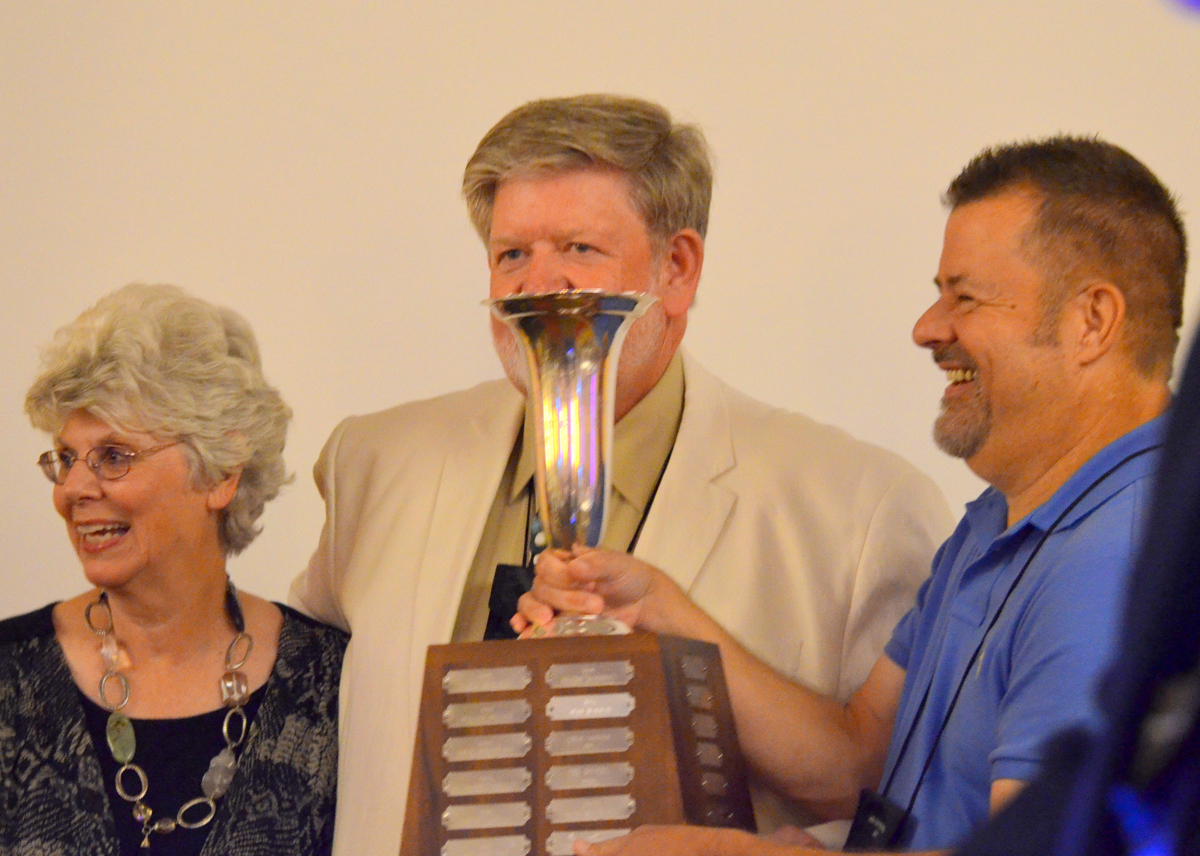 On the occasion of the ADS Centennial Show and after 26 years, the Alger Silver Cup was officially retired. It found its forever home in Marysville, Washington.

Steve Santose, dahlia grower and exhibitor extrordinaire, was presented the beautiful trophy by Jeanne Edwards. It was a befitting moment at the 100th Anniversary Awards Banquet. Jeanne is the daughter of the late Mark Alger. Mark, with input from Harry Rissetto, had included all sorts of contingency clauses in the rules governing how the trophy was to be awarded, and they came into play in determining the final recipient.

The Alger-Rissetto team had wisely planned for the possibility that ties might occur. Inevitably, this was the case. Steve was one of three exhibitors who had won the trophy twice for the Best Single BB Dahlia at ADS National Shows. The competition rules stated that in case of a tie, the winner would be determined by lot. The names of the three repeat winners were placed in separate plain envelopes and snuggled inside the silver cup. With all the necessary suspense, Jeanne drew the envelope containing Steve’s name. A jubilant Steve Santose was in attendance and he graciously accepted the Alger Silver Cup.

Congratulations to Steve and to all the winners over the years whose names are affixed to the base of the trophy. Thank you Mark Alger and Harry Rissetto for sponsoring this special award. It had a great run.