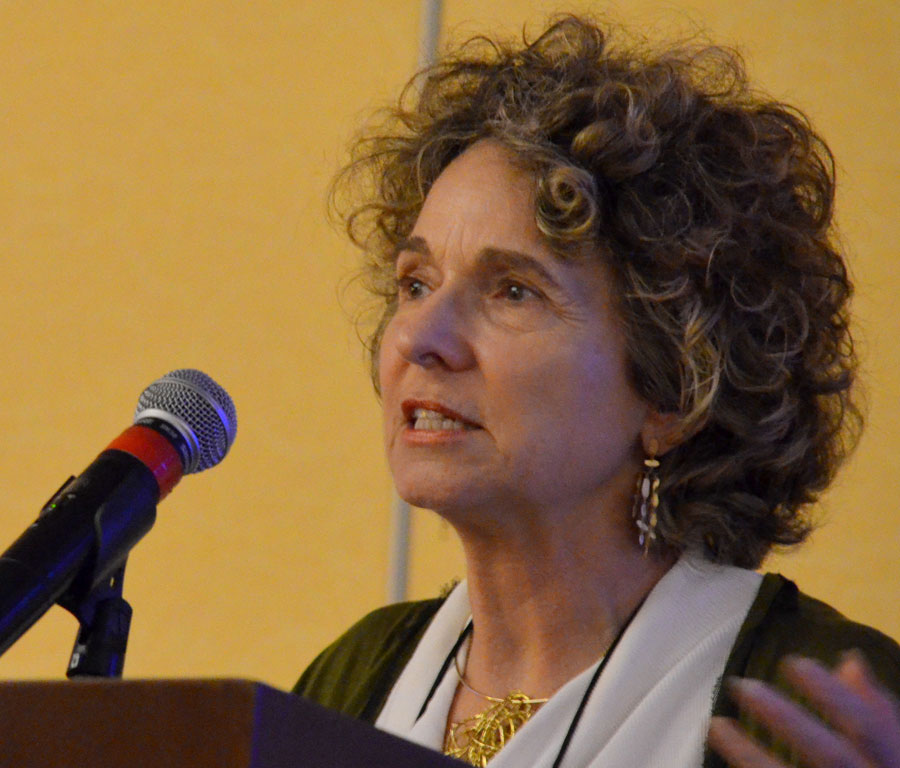 Barbara is a founder of the Greenwich Dahlia Society in Connecticut.

Our late ADS Board Member Steve Nowotarski and I had a conversation during the late fall, early-winter last year. Steve had called see if we could honor Barbara at our Centennial Show. Steve credited her with creating much interest in the dahlia through her dedication and energy and especially for all she had done in the founding and nurturing of the Greenwich society. He felt strongly that Barbara Collier fit the description of a true dahlia ambassador and when I suggested the ADS Silver Medallion award might be appropriate, he heartily agreed.

Unfortunately, a short time after our talk, Steve succumbed to pneumonia. The fact that we lost Steve doesn’t mean that we won’t act on his recommendation. Congratulations to Barbara Collier on being a recipient of the ADS Silver Medallion award.

Susan Hut of the Greenwich Dahlia Society, pictured above, accepted the award for Barbara.