For many years, Annie Radcliff has been a fixture at many of our ADS National Shows. She has been an active participant in the artistic design sections, often using her favorite dahlia ‘Paulie Pal’.

She is particularly well-remembered for the monster creations she terms her “mass messes.” At many shows, these huge floral arrangements of extra dahlia blooms have been artfully placed in floral foam. These gargantuan arrangements have been tall, wide and heavy. When possible they have been assembled on wheeled carts making it practical for them to be positioned for greatest visual effect. Annie’s “mass messes” have always been a hit. 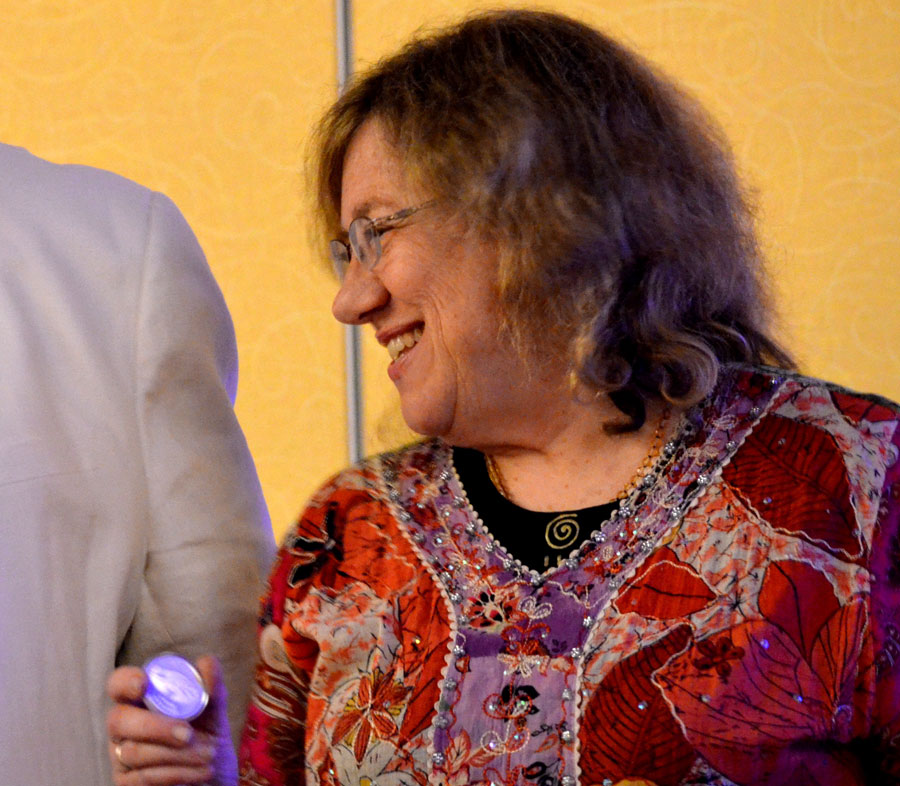 Ann Radcliff was the force behind the founding of the Gettysburg Dahlia Society. Though she had a little different way of doing business, her abiding intent was to create support for newer growers and exhibitors. She didn’t want the new people to become discouraged. Ann has been a true dahlia ambassador and is certainly a worthy recipient of the ADS SIlver Medallion.

Hannah Fisher of the National Capital Dahlia Society accepted for Ann Radcliff at the awards ceremony.