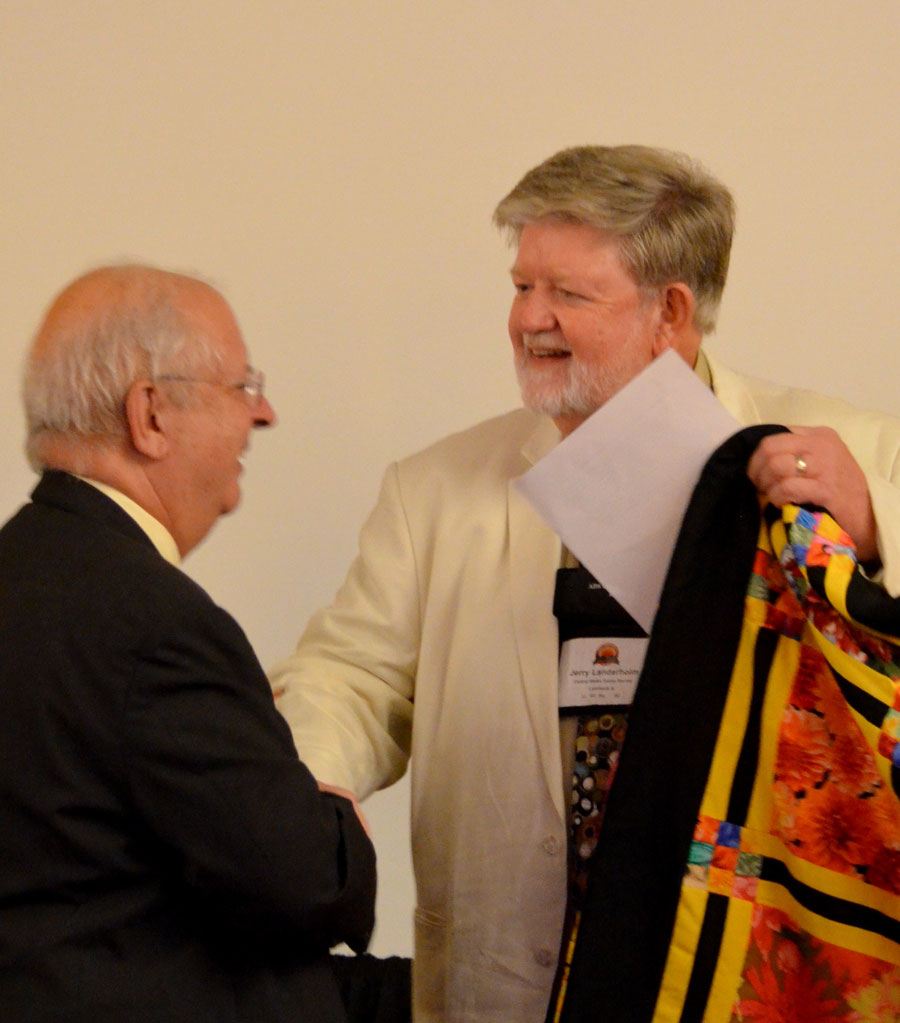 Leader, mentor, excellent counsel and benefactor are some of words that describe Harry Rissetto. No one has greater love for the American Dahlia Society.

Currently serving as an elected Trustee, Harry has been active in the ADS for many years. He has served in many capacities, including President. He has taken the lead in this adventure we call the 100th Anniversary Centennial Show.

Harry has also served the greater horticultural community. He is the immediate past Chair of the American Horticultural Society.

He has represented the dahlia and the ADS far and wide. He has made us very proud. The award Harry received at the Awards Ceremony has been given only three times, once to the late James C. “Bud” Moore and to Mac and Norma Boyer. Their contributions to the ADS have been gargantuan and so have been Harry’s. This award only scratches the surface of the gratitude we owe Harry.

Harry, we ask that you accept this modest token of our love and respect for you, the ADS Honorary Presidential Life Membership Award.