On December 9th, 2020  a small group of members of the Washington State Dahlia Society (WSDS) and Puget Sound Dahlia Association (PSDA) presented the first Les Connell Medal to Vivian Connell at her home.   It was not raining so the presentation was held outdoors with everyone smiling beneath their masks.  Don Filand, WSDS, who spearheaded the efforts to create the Les Connell Medal, presented the first medal to Vivian.

The second Les Connell Medal was then presented to Colin Walker, PSDA, for his 2015 introduction – Kelsey Dwarf.   ADS President Brad Freeman presented the medal to Colin. 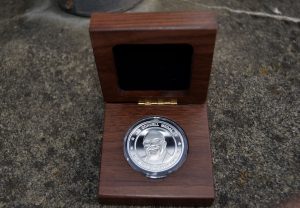 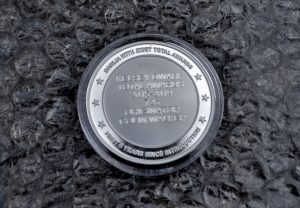 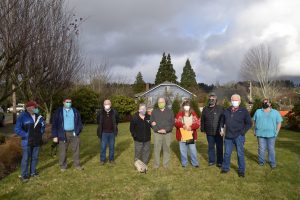 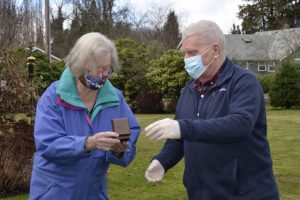 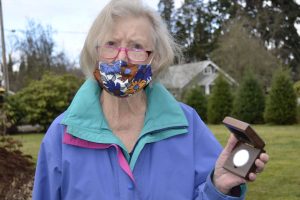 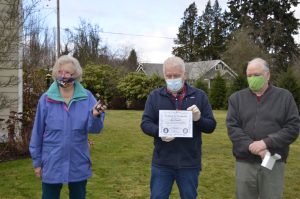 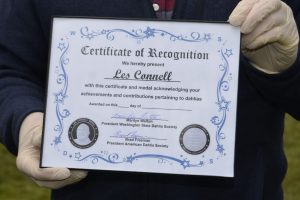 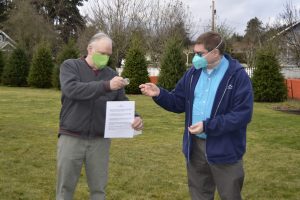 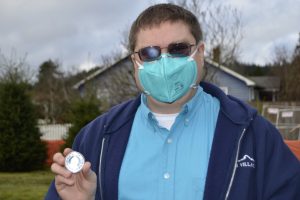 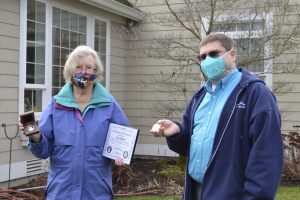 All photos by Bob Schroeder.